Storm Damage To Your House from Roof Leaks

Many of us have had damage to our houses from wind, hail, and rain this year.

These items are usually covered by insurance but navigating the world of insured repairs can be daunting.

I went to a house a couple of years ago to install windows. While there, I commented that a few shingles ad been blown off the roof by high wind. A call to the insurance carrier would be in order. 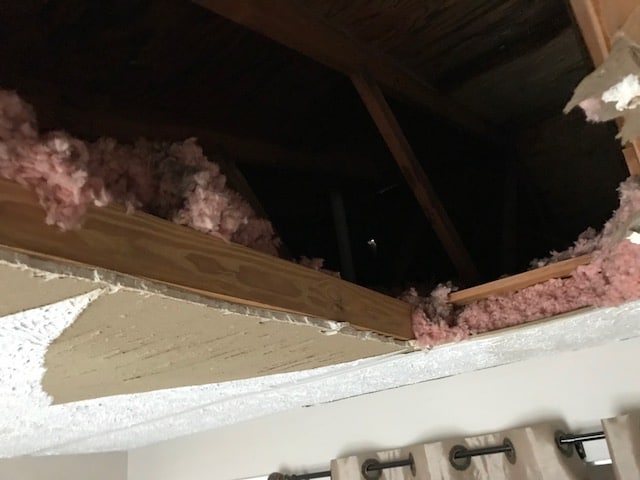 A couple of weeks later, I received a call from the owner, telling me that the insurance had awarded her money to repair the roof. As I was out of state at the time, I told her that I would call and set an appointment the following week,

When I called, I was told that she didn’t want to use our services as roofers, because she had her handyman put a few (mismatched) shingles on the roof of the rental property. 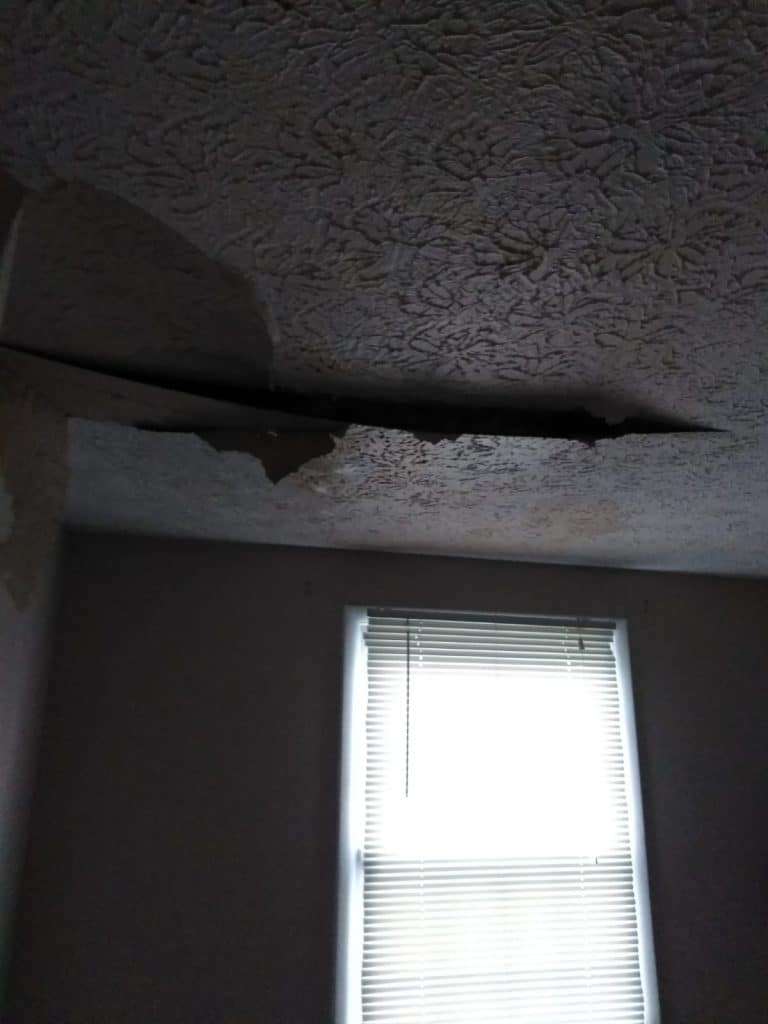 Almost two years later, I received an emergency service call to put a tarp on the roof where water was literally pouring into the second floor rooms. There was a considerable expense to have two roofers drive to the location and install a tarp during a severe rain storm.

The ceiling of the master bedroom collapsed, and water was now pouring through to the first floor. The owner called her insurance company with a claim for the water damage.

As it happened, the company was aware that the money that the insurance company awarded for the roof repair was never spent of properly replacing the roof after the first claim.

Would any reasonable person expect that the insurance company would pay for the water damage after the roof repair (that they paid for) was never made?

I have never heard back from this customer after the tarp was installed. I can’t imagine the out of pocket expense required to repair an entire ceiling and floor, as well as water damage and possible mold remediation as a result of negligence.

Roof repairs need to be done by qualified roofers, not some guy with a ladder who works cheap, and is not covered by insurance.

“A stitch in time saves nine” is true in this case. This problem been avoided by correctly servicing the roof when Insurance money was received. The considerable repair expense and loss of rental income was a direct consequence of cutting corners.

A couple of weeks ago I was called to quote a roof replacement and suggested to the homeowner that a call to his insurance company would probably be a good idea because of wind damage to the old roof.

After a thorough inspection by the adjuster, the company granted the claim, and the entire project expense was covered. An entire new roof cost the customer $1,000.00, the amount of his deductible.

The work is scheduled next month. The owner can look forward to a weather tight roof for years to come.

Pocketing money from an insurance award carries risks that are not obvious, but they can be devastating. If you get an award from a claim, use it to hire a qualified contractor. That’s what it’s for.